...the sacred dance of co-creation

In 1986 she moved to Egypt, a land that became her profound inspiration and where she married and raised her two children. She founded and ran The Centre for Health and Well-being which later became The Centre for Sacred Arts (1995-2015), a modern-day temple and sacred space for learning and creativity on Zamalek island in the heart of Cairo.

In her more than 30 years in Egypt, Leslie has created innumerable projects. Her lectures and workshops in Sacred Dance and the Al-chemia Remedies have taken her from Cairo, ancient Egyptian temples and archaeological sites along the Nile River to studios and centers in New York, Maine, Maryland, Arizona, Washington, and Puerto Rico. From 2010-2014 she taught her Al-chemia Remedies course at the International Metaphysical University.

Leslie's main work has been the Universal Dancer, a method she developed through her own spiritual and transformational journey in Egypt and through which she teaches Sacred Dance, a meditational form of dance that empowers women, reconnecting them to the sacred feminine within while at the same time being both healing and transformational. Through dance, Leslie retells the archetypal stories using music, primordial energies, sacred geometry, wave motion, and vibration, taking women back through time to the essence of their being, initiating, and unlocking the esoteric wisdom buried deep within their psyche.

Her workshops, both in Egypt and the U.S. have been attended by hundreds of women of different nationalities. She has been interviewed on radio and podcasts and has held webcasts and webinars. She has also led tour groups and hosted retreats in Egypt and Perú.

Leslie is Cairo's most prominent aromatherapist. In 2006, she presented a talk to doctors at the National Research Center of Egypt as a way to introduce aromatherapy to the Department of Complementary Therapies. She currently creates hand-made cosmetics and teaches workshops on aromatherapy; she also works as a consultant for companies in the new emerging aromatherapy market in Egypt.

Leslie, now divorced, continues to make her home in Egypt with her children and grandchildren. She also blogs and has an online school Universal Dancer Temple of the Sacred Arts 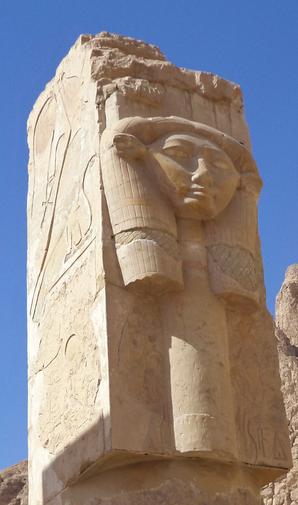 Leslie Zehr is a writer, lecturer, hypnotherapist, reiki master, astrologer, host of the Sacred Dance Summit and mentor to those on the path to rebirth. She is the author of two books,"The Alchemy of Dance: Sacred Dance as a Path to the Universal Dancer", which has been translated into Spanish, and "The Al-chemia Remedies: Vibrational Essences from Egyptian Flowers and Sacred Sites," and a CD entitled "Navel Portal Activation and Guided Visualizations." She is currently working on her third book about dance as a spiritual practice.

She was born in Lima, Perú, but received her primary and university education in the United States, including a B.S. in psychology from the Virginia Polytechnic Institute, where she also majored in biochemistry. She also holds international diplomas in homeopathy and hypnotherapy.

Since early days of her youth, Leslie was drawn to alternative therapies and the occult sciences, such as tarot and astrology. Growing up in the theater, she was exposed to performance arts from early childhood. Leslie also studied many forms of dance and has an extensive background in the theater arts; her first stage performance was at the age of 6.